primerone added a photo Walleye 3 pds. ...
about 1 hour ago primerone added a photo Walleye 4pds ...
about 1 hour ago

primerone added a photo Walleye fillet ...
about 1 hour ago primerone added a photo Walleye ...
about 1 hour ago

EverReady left a new comment Just joined the site. Looking forward to learning ...
about 23 hours ago

kingiFiddler posted in Forum Whale of a Time !! ...
about 23 hours ago

Timezone: America/Kentucky/Louisville
Local Time: Sun, 7 Aug 20:38
Coordinates: 38.227 ,-85.617
Loading fishing times...
Loading...
Sun and Moon
The sun will be at it's highest point at 01:48 pm. Today we have 13:55 hours of daylight. For shallow water fishing the twilight periods are often the most productive fishing times, especially on days when a major or minor time will coincide with twilight. In low light conditions predators have better cover for their ambush and often hunt in shallow water.
Next Full Moon in 4 days on 11th August
We can compare the current moon distance to it's minimum and maximum distance from earth and express that as proximity. A high proximity means the moon is closer to earth. At 50% it would be at it's mean distance. A high proximity causes big tides, currents and has a direct effect on increased bite times. A proximity greater than 90% indicates a super moon.

First Quarter: Fri, 5 Aug - 07:07 am
Full Moon: Thu, 11 Aug - 09:36 pm
Last Quarter: Fri, 19 Aug - 12:36 am
New Moon: Sat, 27 Aug - 04:16 am
Full Moon: Sat, 10 Sep - 05:58 am
Solunar Clock
Settings
Display Settings:
Best fishing times:
All times are displayed in the America/Kentucky/Louisville timezone and are automatically adjusted to daylight savings. The current timezone offset is -4 hours. Green and yellow areas indicate the best fishing times (major and minor). The center shows the current moon phase which is a Waxing Gibbous at 74% lumination. According to the Solunar Theory, today is a average day for fishing, but you need to cross check this with the current weather forecast for a final decision. The next best fishing time ( ) starts in 21 minutes. The gray time indicator displays the current local time.
Tip: personalize your fishing times - sign in, setup your locations and receive free email reminders.
You can support us by subscribing to our Youtube Channel and sharing Fishingreminder on Facebook.
Current Fishing Weather
Updating Weather Infos...
Loading...
Observation Time: 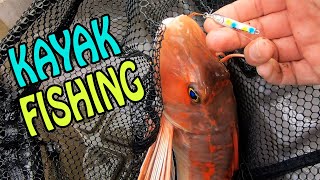 more videos...
We have many members from all over the world who love fishing and share their catches. Checkout some of the recent catches and show us what you got.
Latest Catches
Walleye 3 pds. Share your catch
Saint Regis Park is a populated place in US with an estimated population of 1454 and an average elevation of 176 meters above sea level, located in the America/Kentucky/Louisville timezone.

We found a total of 27 potential fishing spots nearby Saint Regis Park. Below you can find them organized on a map. Points, Headlands, Reefs, Islands, Channels, etc can all be productive fishing spots. As these are user submitted spots, there might be some errors in the exact location. You also need to cross check local fishing regulations. Some of the spots might be in or around marine reserves or other locations that cannot be fished. If you click on a location marker it will bring up some details and a quick link to google search, satellite maps and fishing times. Tip: Click/Tap on a new area to load more fishing spots.