fishing with matthew posted in Forum **everyone that fishes freshwater read this and le ...
about 1 day ago
Fishing times for:

Timezone: America/New_York
Local Time: Sat, 18 Sep 23:58
Coordinates: 43.075,-75.707
Loading fishing times...
Loading...
Solunar Clock
Settings
Display Settings:
All times are displayed in the America/New_York timezone and are automatically adjusted to daylight savings. The current timezone offset is -4 hours. Green areas indicate the best fishing times. The center shows the current moon phase which is a Waxing Gibbous. According to the Solunar Theory, today is a average day for fishing, but you need to cross check this with the current weather forecast for a final decision. Today some bite times coincide with sunrise or sunset. Those will be particularly good times for fishing and are indicated by sun icons. Currently we have a major fishing time. The next best fishing time will be tomorrow. The gray time indicator displays the current local time.
Tip: personalize your fishing times - sign in, setup your locations and receive free email reminders.
Sun and Moon
The sun will be at it's highest point at 12:57 pm. Today we have 12:21 hours of daylight. For shallow water fishing the twilight periods are often the most productive fishing times, especially on days when a major or minor time will coincide with twilight. In low light conditions predators have better cover for their ambush and often hunt in shallow water.
Next New Moon in 12 days on 6th September
We can compare the current moon distance to it's minimum and maximum distance from earth and express that as proximity. A high proximity means the moon is closer to earth. At 50% it would be at it's mean distance. A high proximity causes big tides, currents and has a direct effect on increased bite times. A proximity greater than 90% indicates a super moon.

New Moon: Mon, 6 Sep - 08:52 pm
First Quarter: Mon, 13 Sep - 04:41 pm
Full Moon: Mon, 20 Sep - 07:54 pm
Last Quarter: Tue, 28 Sep - 09:58 pm
Next New Moon: Wed, 6 Oct - 07:05 am
7 Day Fishing Weather
The weather plays an important role in fishing. Wind strenght and direction often determine where you can fish and where fish might be holding. Although high pressure is usually good for fishing, steep pressure changes often trigger feeding frenzies and are great times for fishing. Of course temperature has also a strong effect on fishing and comfort on the water. So make sure to cross check the weather forecast with the solunar fishing times to determine the best times to go fishing. The graph below shows you the 3 hourly weather progression over the next 7 days. Scroll the graph left or right to see more.
Temperature
Wind
Pressure
Humidity
Cloudcover
Rain Precipitation
Retrieving Weather...
Loading...
Weather Data currently not available
7 Day Fishing Forecast
*bold times indicate best fishing times around sunrise or sunset
At fishingreminder we don't hide behind our desk. We are crazy about fishing, just like you - so make sure to subscribe to our Youtube channel and see what we're up to. If we are not working on fishingreminder, we are out fishing. Btw. fishingreminder is totally homegrown and we use fishingreminder ourselves everytime we go fishing. We are eternally grateful for your feedback, participation and support.
Our Latest Youtube Videos 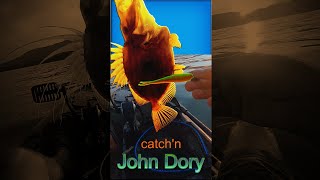 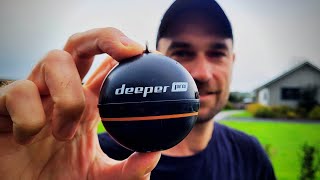 Is THIS the best portable FISH FINDER? Deeper Review 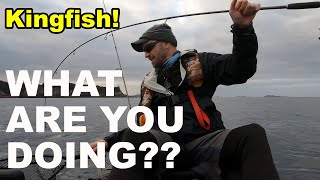 more videos...
We have many members from all over the world who love fishing and share their catches. Checkout some of the recent catches and show us what you got.
Latest Catches
Black Drum Sabine River Squid just before dark, On a Yamashita pink squid jig Share your catch
Wampsville is a seat of a second-order administrative division in US with an estimated population of 543 and an average elevation of 147 meters above sea level, located in the America/New_York timezone.

We found a total of 38 potential fishing spots nearby Wampsville. Below you can find them organized on a map. Points, Headlands, Reefs, Islands, Channels, etc can all be productive fishing spots. As these are user submitted spots, there might be some errors in the exact location. You also need to cross check local fishing regulations. Some of the spots might be in or around marine reserves or other locations that cannot be fished. If you click on a location marker it will bring up some details and a quick link to google search, satellite maps and fishing times. Tip: Click/Tap on a new area to load more fishing spots.