This is my PB rainbow trout so far and I was super excited when I hooked into it.
I was also very nervous not to loose it again since I have lost a few big ones over the last few weeks as they shook off the hook.
So I was trying to pull it slowly to the side of the river into the shallows and out of the stronger current.
I was wading towards it into deeper water and forgot that I had my mobile in my side pocket and hence drowned my phone while fighting the fish. So it turned out it wasn't only my personal best rainbow but also the most expensive rainbow trout as my phone is dead now :-( 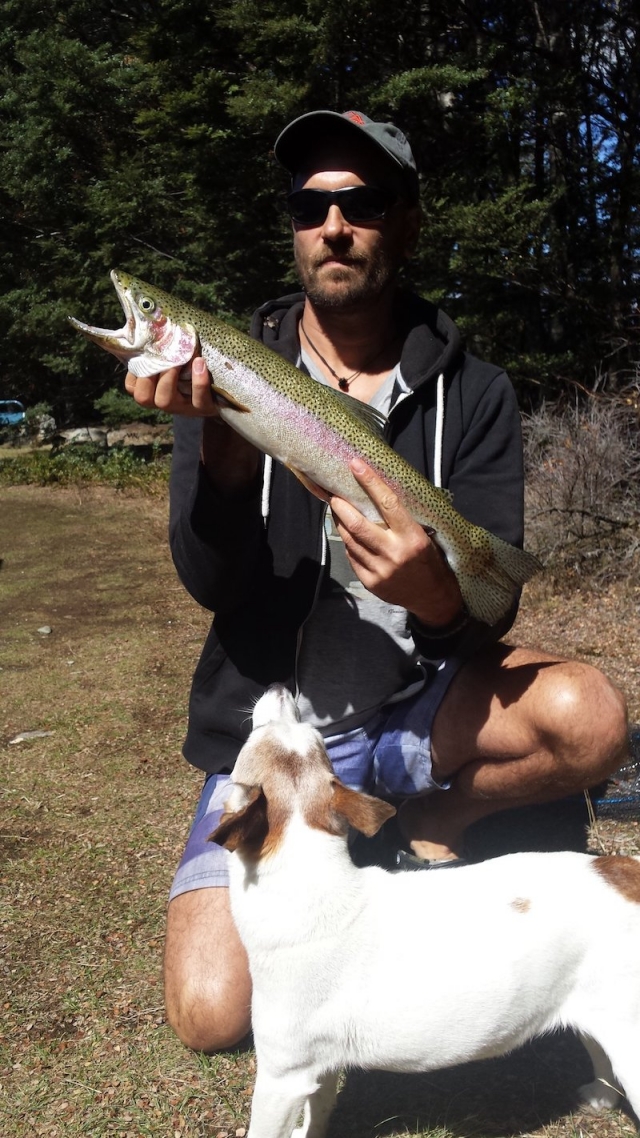 I was just about to phone you !!

That is one nice trout. Did you get it fly fishing?

Oh...PS...I have seen that dog wearing goggles and riding a surf ski

Yeah. I think he is good with boards. I saw he is on a paddleboard too.

Maxwell certainly gets around a bit. He's a big fan of snowboarding, paddle boarding and fishing

no I didn't catch it with my fly rod. I certainly tried at first. But with my yet to be improved fly casting skills and lots of trees at the river edge I only managed to tangle up my leader and then after a few bush bashings to recover my fly I finally lost it to the river. Would have been funny to watch my failed attempt at fly fishing.

Surprisingly the trout didn't give a damn and seemed totally unimpressed by my acrobatics at the river edge.
They kept cruising around in the shallows. Then I quickly changed to my spinning outfit with a black veltic spinner and got a mini trout on the first cast, third cast I had a good one and almost got it reeled in. But again last minute couldn't land it against the current. Gotta improve my technique bringing them in. Always in the last few seconds they jump and shake off the hook.
And then eventually I got this great rainbow and finally managed to land it.

Half an hour later my wife got another smaller on that spinner. What a great day fishing, despite loosing my phone.

Yeah it is not easy keeping the hook in if they jump. The trick is to quickly but gently pull back on the rod to keep tension on the line. If the line goes slack even for a second the hook can come out.

Nice Rainbow, so cant wait to get back home to NZ next month have been missing the trout fishing
here on the Gold Coast it has been estuary of creek/river fishing not that im complaining i've caught a few
new species and learnt a hellva lot
cheers hope to meet you some time on the road this coming year.

sounds like you had some good fishing over in Australia. I'm still having a blast trout fishing around Twizel.
Yeah would be cool to see you in NZ. We'll be spending our winter on the North Island this year.

believe it or not - after more than two weeks I just thought I'd give my phone one last chance before trashing it.
Plugged it in and it started charging again. It must have taken that long for it to completely dry out.
Some trapped water must have caused some short circuit and prevented it from charging or from being turned on for the past two weeks.

Now you can call me again, itsaboat 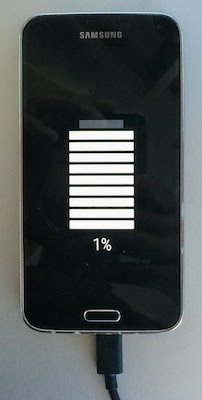 Haha...I would call you if you were not using a Sumsunk.

I have a samsunk tablet. The only way to use SD card is root...So I root and now the thing wont charge...tell me in the blurb "support 32GB SD card" BULL---aaarrr---BULL EXCREMENT !!!

Rooted and got rid of knox...Now it says cannot charge.....ggggrrrrr

Oh well the tablet was only good for games anyway...and I gave up playing games when the good old C-64 went to bed

Actually, email me your number. My new pre-paid plan includes unlimited calls to NZ...I assume it includes mobile numbers...I will check the blurb, but I am pretty sure it is unlimited to land line and mobile.

reply
Share
Supporter
Pro Version
Latest Catches
Add Your Catch
Recent Posts
7 Getting started with Drone fishing - a step by step beginners tutorial 4 What to do if you find rose hips growing near a lake full of trout? 7 understanding the fishing clock 4 USE OF SPOONS 3 Crazy Paddle board fishing adventure for trout. Fishing while rafting down a river, can it be done? 4 A bit of rain... 5 incredible fishing spots at the end of the world 4 Catching BIG river PERCH 4 troltek 3 Best fishing Spots in Dunedin, New Zealand
Post Something