I am not saying | Category: Fishing Talk

I am not saying these trawlers are doing anything wrong. They are working quite legally. The Law allows them to fish as close to the shore as they like.

I know the pics make this boat look like it's out a fair way. It is just the angle of the dangle of the camera which makes it look that way...It is actually within casting distance. I estimate the boat to be about 50 foot in length and it is about 4 boat lengths from shore.

Apparently these trawlers are getting prawns and crabs. There is another one I have seen which came in even closer. Between the 2 of them they are trawling this beach almost every day. 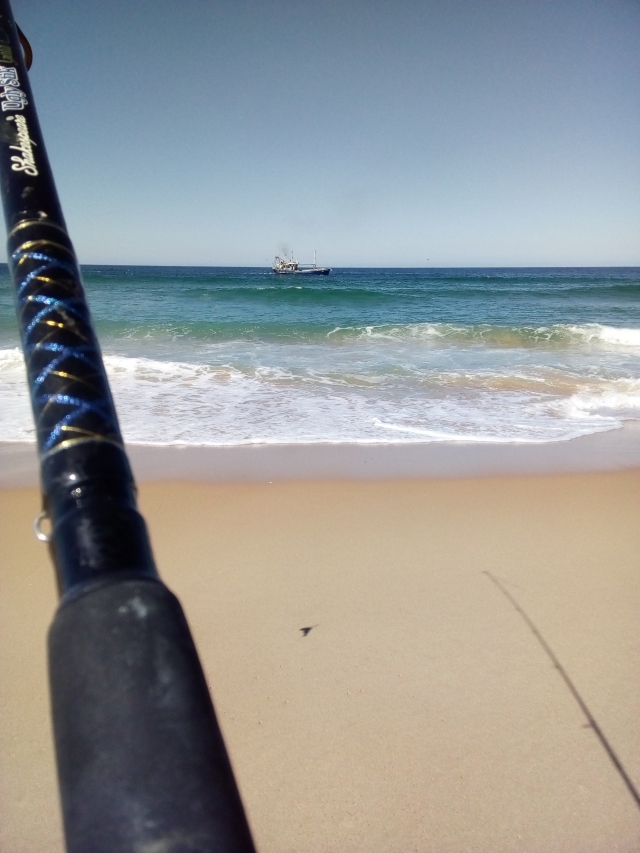 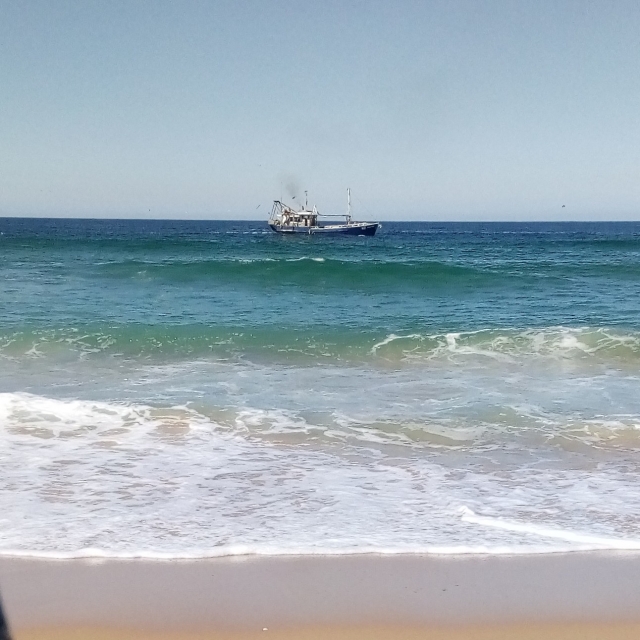 that's disgusting, ruining the environment for profit. They shouldn't be allowed to do that. I've never seen them that close to shore here in NZ. But even when they are out a bit further, the fishing is usually non existent after a day.
Are you sure it's legal for them so close to shore?

Agreed. It is disgusting.

Some one told me they must stay at least 500 meters out. So I looked into it. Nope, there is no distance limits. They can legally come in as close as they want.

Just Google Lakes Entrance to see just how many trawlers operate around here. I have only seen 2 working this beach.

Some locals have told me it can be a year or more of almost no fish. The fishing can be very good when the trawlers are out in deep water. But when the deep water stocks are gone, they come in close and when that happens it can take more than a year for land based fishing to recover.

C'mon people! Respect the nature! We are sharing our nature with responsibilities.

A little further from the topic, I am not a big fan of those MEGA speed jetskiers and motorboats in peaceful lakes.
Our trouts and salmons are very scared of them as well.

We can not find them once they decided to hide.

Then.... No fish for dinner

I am happy to admit, I do not know a lot about commercial fishing. One argument I have read from commercial fishers is that us laymen should keep out of business we do not understand.

They (the commercial fishers) say they are not and will not do anything wrong. They say they want and work for a sustainable fishery.

I read one valid reason for fishing shallow water. Apparently there is a boat that fishes for salmon and pilchard. The salmon are used for cat food and the pilchard for bait. The thing is, salmon apparently are only found in shallow waters...OK, fair enough, but of course there are questions...like

Why are we feeding salmon to cats when we have a very serious carp problem?

I do know the name of the boat, but I am not going to name it here. They are not doing anything wrong. They operate fully within the Law. It is the Law makers that need to be bought to task. So let's take a look at this boat...

Apparently, it catches 1000 tonnes per year of salmon and pilchard. 30% to 40% is salmon. I have no idea what the retail price of salmon is because it is not often sold at retail. Pilchard as bait is about $12 per kilo. So at $12 retail, the boat will be getting $4 to $6. OK, 1000 tonnes is one MILLION kilo's. Just looking at the boat I could see it easy cost $1 million a year to run all up with wages, fuel, tax etc. So about 4 to 5 MILLION dollars a year PROFIT. However, salmon and pilchard is not the only catch for this boat. They only target salmon when the stock levels have recovered from their last fish !! Most of the time they are after more profitable catches.

Why does a fishing boat need to make 10's of millions of dollars profit? I don't begrudge anyone making a living and making a profit. But there is a limit between making a profit, having a sustainable fishery and just plain greed.

Of course, this boat is not the above boat in the pic. But it is reasonable to assume the pictured boat has simply out fished it's normal grounds. So the boat has already made a profit and probably a good profit.

How much money is involved...I don't know !! Apparently the local council here makes about 65 million per year from the fishery. That looks like this $65,000,000. That is just the local council, state and federal taxes and charges are extra.

I wonder how much profit Whiskas, Snappy Tom, Purina et al make from OUR fish stocks...I bet they make enough to clear the rivers of carp and start their own carp farms !!!

It is almost fraud...The boat catches a pilchard which it sells to me as bait. I use the pilchard as intended and as it was sold to me...bait. However, the boat that sold me the pilchard has already taken the salmon which I expect to catch with the pilchard....

reply
Share
Supporter
Pro Version
Latest Catches
Add Your Catch
Recent Posts
7 Getting started with Drone fishing - a step by step beginners tutorial 4 What to do if you find rose hips growing near a lake full of trout? 7 understanding the fishing clock 4 USE OF SPOONS 3 Crazy Paddle board fishing adventure for trout. Fishing while rafting down a river, can it be done? 4 A bit of rain... 5 incredible fishing spots at the end of the world 4 Catching BIG river PERCH 4 troltek 3 Best fishing Spots in Dunedin, New Zealand
Post Something