Ya gotta see this to believe it, my fishy smelling friends 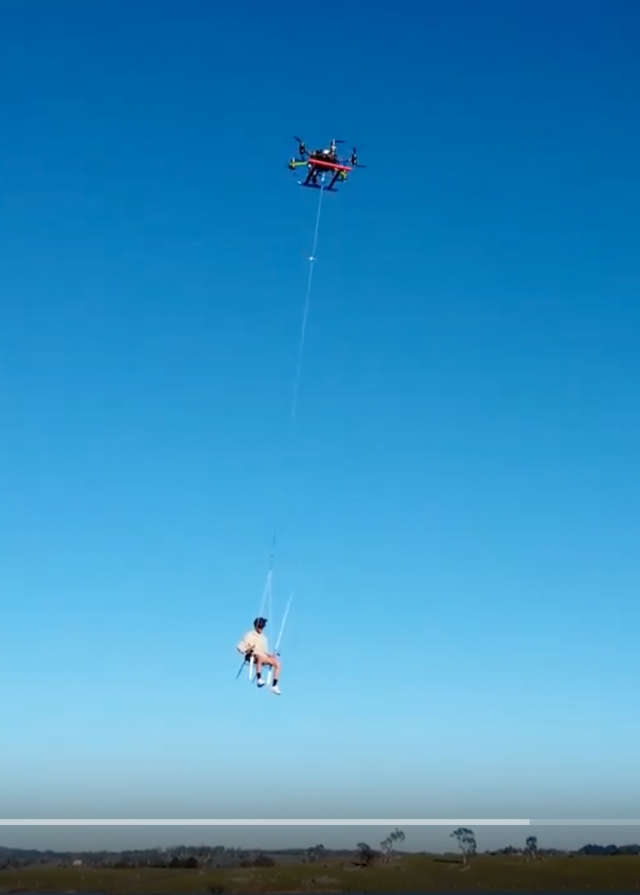 Crickey...I could watch that again - if I had some corona and ebola chips

awesome video, thanks for sharing.
And he even got a fish.
Wonder how long the battery lasts 😆

I had to think about it...It took 6 coronas

They have 6 motors. They need to lift (with ease) at least 100kg. To generate that lift those motors need to be at least 48 volt at 250 watt.

Looking at the size I would say they have a bank of 40 calls to make 48 volts. But they might have enough room to squeeze in 50 cells to give 60 volts. 60 volts through a regulator is only going to give another 50 or 60 seconds of flight time at best.

They only have enough room for 5 AH cells at best. If they could squeeze in 6 AH cells they would only get 20% more flight time (about 6 minutes).

All that is assuming that 250W motors can generate the needed lift. In practice they might have to be using 500 watt motors. Looking at the apparent ease at which the load is lifted I would say they might be using closer to 500 watt motors, which of course would bring the flight time down to 2.5 minutes.