Let's see what an excellent day will bring.

The good and excellent days on FR are usually around new moon and full moon as well.
With a few on a quarter moon. New moon is my personal favourite for fishing major or minor times during daytime.
Full moon works great for me when night fishing or with major/minors in the early morning/late evening.

It seems that when the high tide is around 8:00-9:30 AM on the moon cycles(1/2 moon,new moon,1/2 moon & full moon),fishing is usually pretty good from shore @ the ocean. I use muscles & pike mackerel. FISHING IN Southern,Ca. 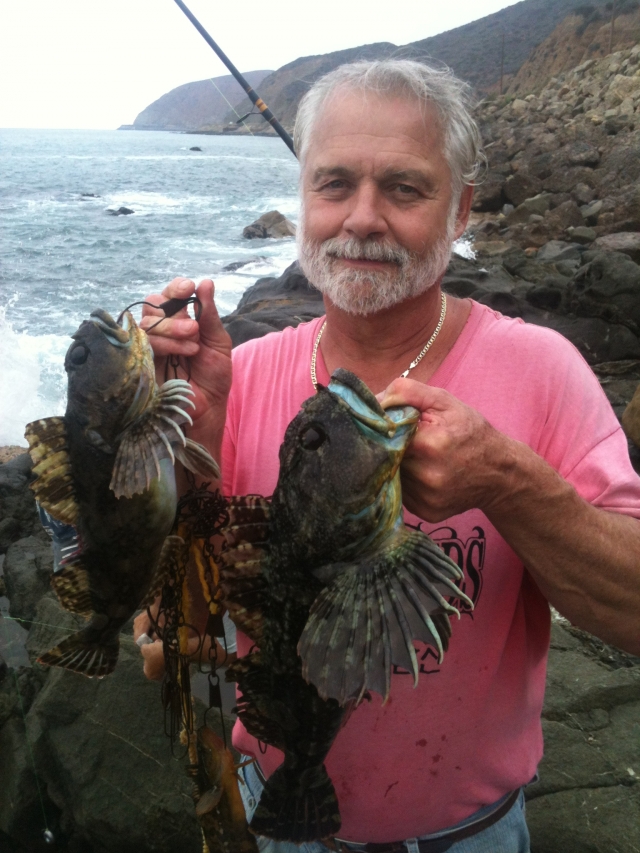 some nice catches there. I do mainly kayak fishing but want to try bit more rock fishing and surf casting this year.
I fish in New Zealand. What kind of gear are you using?

I found that the major and minor times are pretty closely related to the tides. Both are influenced by the moon and sun position.
In my area the minor times are always around high tide and some spots that fish work better at high tide.
If I go to these spots I have much better results during minor times then I would have during a major time.
But if I paddle out to deeper waters that are not so tide dependent I usually choose the major times.
I found it also quite effective to go out when major or minor times are near sunrise or sunset. Or if they fall in the hours between 8-10 as you said, especially in shallower water around the shore.

I remember that day, it started out at 30 and falling. That same day I snagged 14 bass over 18" and a couple smaller ones, all from shore on a day it I just intended to test out stuff it was either poor or average I can't remember...wasn't looking for bass, but they were biting non-stop, and at anything I threw out too. Seriously, three bit on an ice fishing lure I had with me just to see if they'd bite anything. They bit everything but 5 year fake bates I had, they didn't seem to like pumpernickel or whatever they were, I hate those. But the moon phases matter, so does barometric pressure and weather. High pressure, this is anything over 30 millibars (what they use on tv here), or 1033 on the site, this is probably considered poorer times, medium is like 29.5-30, great time to test stuff at higher ranges, lower can be great days because any slight variation in weather or moon can make it a moderate day to a good day especially if it's lowering towards 29.5 which is around 1000 on the site. And a real low pressures system is a hurricane which I think is usually in the 950-925 range, which averages 27-28ish mb, these are estimates for ease of remembering, other factors always matter. You can multiply any of these from tv by 34.43 to get the number they use on site. Science has tried to prove or disprove this, but hasn't been able to, but my own experiences are that it does matter. What matters is as it rises over 30 on hot days, they bite less, as it lowers, they'll bite more, you can buy neat little ones that fit in your tackle box for about $10-20 usd (but you can easily check it online from a phone) and these predictions on the site pretty much sum up what they factor in: Moon you're aware of and it was a half moon, or near i believe that date, pressure was high and falling, temperature was warm, cooling off, weather conditions-partly cloudy, nothing special. Today is listed as an excellent day, and it has pressure at 1023. To convert divide the inches they use by by 34.43 which will give you millibars often used on television, should place it around 29.7ish, i have special superpowers-bad sinuses, and they say the pressure was higher earlier. And if it's higher and falling through the day apparently so 29.7 (my map shows slightly higher), clear skies, light wind, that's good, for conditions anyways. And what they predict on here, I'm not sure how far in advance they get their information in determining a day, but I live in Michigan, and here, there is one thing you can be sure about any meteorologist. They're going to be wrong about at least something, every time. And these notices seem to be at least 3 days in advance, so they're unreliable in a lot of ways here, but they're fun to test out, and if weather maintains they seem to be accurate, Wednesday was supposed to be another excellent day, I snagged 5 monster blue gill within an hour and I wasn't even set up, I just dropped it in and every other time I did I had to stop setting up and reel it in, during the slow time listed here, it died off, then at the late minor time near sundown it picked up a bit, brought home a nice mess of blue gill, perch, crappie. So far, as I just came across the site recently, bout a month, only registered recently to explore forums and such, 3 days that I've gone were 3-4 stars, and were good, 6 days that were 3-4 stars turned out real bad, and 4 days that were 1-2 stars turned out good, but weather varies and these predictions are idk how far in advance, and unless the actual weather matches the predicted weather, these can be off seemingly often. Basically over 30 is bad, usually it's hot, sunny, mild wind/water, fish are in deeper waters chilling out, inactive. Same with really low, they're usually hiding from the weather, low pressure usually brings storms, they'll be deeper but still possibly active, they just want cover. But when it goes from higher and lowers, those are my best days because they seem to go from inactive to non-stop. So if you live in an area where they can be right on about their weather predictions rather often, this chart and page can be quite helpful, and it is to me, because I don't have to turn on the stupid news, and it's fun to test out their ratings against my weather conditions, because the same reason, they're unpredictable, making it a useful novelty. We're known to have all 4 seasons in one day, at least once every year. I've seen it go from 90 to snowing and winter storm. But this site can and is a useful tool. And fun. But knowing the intricacies of it all helps a lot too, especially when the weather isn't what they thought it'd be.

At least that's my take on things so far. And from my experience/knowledge. Curious if others have noticed similarities varying by locale.

thanks for your input and welcome to the forum.
Yeah totally agree with you on the importance of the weather and barometric pressure.

The fishing times are calculated independently of the weather forecast and are based on the Solunar Theory.
So I always check in this order: if the weather, the barometer and wind readings are looking good and if I assume there are fish around at my spot (season, water level, fish finder, chum or burely, murmurings overheard in a fishing shop) and I got the right bait to match the hatch then the best time to fish on this day would be either major or minor. Which one I choose would also depend on the weather and how early I'm willing to get up

If that day has a day rating of 3 or 4 then game on. But if everything else is great I'd head out on a poor day as well.

I usually try to arrive at least an hour before to prep everything and get to my spot. Sometimes it's quite amazing how the bite slowly starts, gets to a peak and then slowly fades away again until you only get the odd bite every now and then and suddenly it starts to become a bit boring and lonely out there.

Hi. I’m new to fishing in California. Came from Mississippi where catches happen often. What setup do you recommend for surf fishing? I have a leader line with a J hook and 2 oz pyramid weighted at the bottom. Been using squid and shrimp but haven’t got any bites even. Any recommendations are appreciated. Thanks.

Must say that I do not trust the ratings any longer. Myself and 2 friend went fishing on the 28th November 2018. A poor day per the rating. We managed our best day ever with 69 fish in total and that was for 6:00 am to 14:00 only.