New moon - the best time for fishing | Category: Introduce yourself

Yeehaa - finally - new moon is on it's way.
Guess what I'll be doing over the next few days?

New moon is my favourite time each month. Fishing during and after new moon hardly ever disappoints.
According to the Solunar theory, fishing during a new moon is at it's best. That's because of the increased gravitational effect of sun and moon. During a new moon the sun and moon rise and set at about the same time. This results in a combined gravitational pull as both move along the sky in alignment. This gravitation pull leads to stronger ocean tides and stronger currents.
Fish are said to feel and react to this gravitational pull. If you think about it, most things in the natural world move, grow and evolve around moon cycles. It would be very surprising if fish were an exception.

Another effect of new moon is that nights are pitch black. My theory is that lots of fish are visual feeders and if they can't see anything, they'll have less chance of a feed during the night. So from my experience, fishing at daytime during a new moon is very productive. Fish haven't had much food during the night so they'll be more hungry and active during the day. This is just my own theory but it seems to make sense. It also comes in quite handy, as fishing during the day time is much more pleasant, especially in cool weather.

I'm a very happy chap today. Not only is new moon on it's way but also the weather forecast looks pretty damn good for my location over the next few days. A rising or high barometric pressure is said to put fish on the bite.

Check out this weather forecast. Wow it's a dream. The barometer is rising with the new moon approaching.
Thursday is looking really good so far. 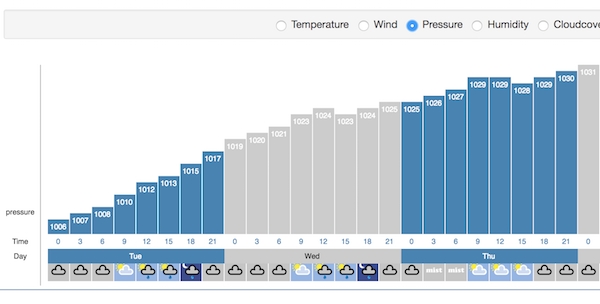 Looking at the Solunar forecast for Thursday, I think I'll be out fishing from around 9:30 until midday.
Although I might not be able to wait until Thursday and will have to go out on Wednesday as well 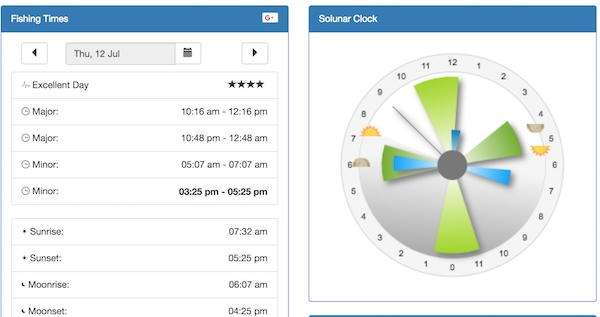 I hope the weather is looking just as good for you guys and you'll find the time to go out for a fish over the next few days.
Looking forward to see some awesome catches.

For sure - plan to head over to the Ahaaha’s / Noises on Friday but that old weather window is slowly sliding shut!!!

well, I couldn't wait until Thursday and had to go out today already.

And what a great day for fishing it was. 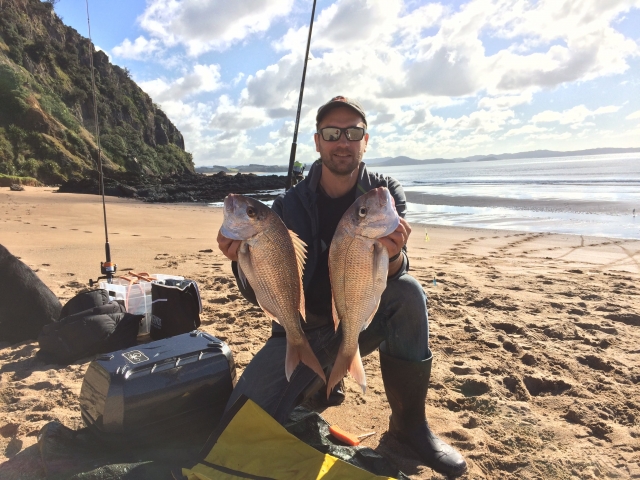 I caught these guys during the first major time with the drone.
This time I hooked them on pilchard and squid.

Their stomachs were completely empty, confirming my theory that they weren't feeding during the new moon night.
Last time I caught some snapper at the same spot ( just before full moon ) and they had full stomachs in the morning and only took mussel bait. So at full moon they must have been feeding throughout the night.

I assume this is quite true then for all fish that are visual feeders. For other fish that are mainly driven by scent - like sharks for example, it could be the other way around.

Anyway - I'm very happy with my results today.
It'll be snapper for dinner for a few nights

Good haul! I think you are right wrt the low light keeping the visual feeders quieter but I also think they are more active between new and full moon than full to old moon, there will always be the morning and evening ‘rise’ an hour before and after sunset as well.

I was at Balmoral wharf trying to catch yakkas on a moonless night some months ago. I thought they needed some light to be able to see my sabiki flies so I shone my torch directly down my sabiki. I got no bites. I could see them swimming all around my rig, but they don't bite. Then I turned off my torch and put it down on the jetty because I needed to get something. When the light was off they started biting. It was dark, there was no moon and no lighting around the jetty. So my conclusion was they 1) didn't need to see my rig, and 2) the light actually turned them off (scared them) or seeing the rig itself scared them. So from then on I stopped using light when fishing for yakkas. Tailor also seem to not need light. I wonder if jewfish hunt by sight, smell, or by sensing the wave energy.

Wednesday night. My friend & I are going surf fishing ( Southern Ca) tomorrow morning. We'll get there appx. 6:30 am & fish till 12:00pm. We are going to a spot I haven't fished in 2 years ( just to try different area). I have 3 different spots I've fished over a 20+ year time.

GREAT CATCH! Where are you fishing?

cheers, that was near Whangarei on the North Island of New Zealand.